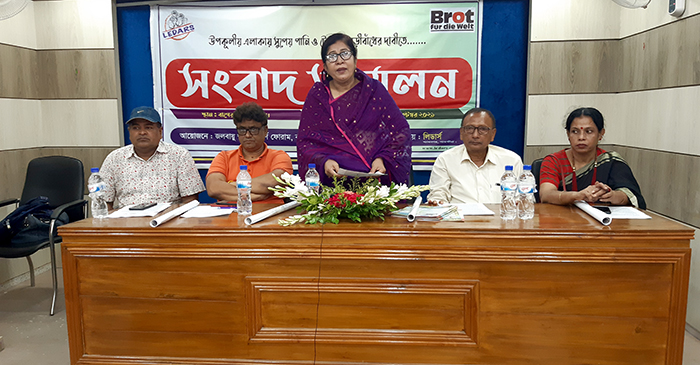 People across Khulna division are deprived of safe water. The coastal population living in Bagerhat suffers from their direct loss as well as their long term drinking water crisis. As a result, women’s health is in the most fragile for increasing the salinity. The rate of high blood pressure and pre-eclampsia of pregnant mothers in the region is 7.8%. This crisis will intensify in the coming days. 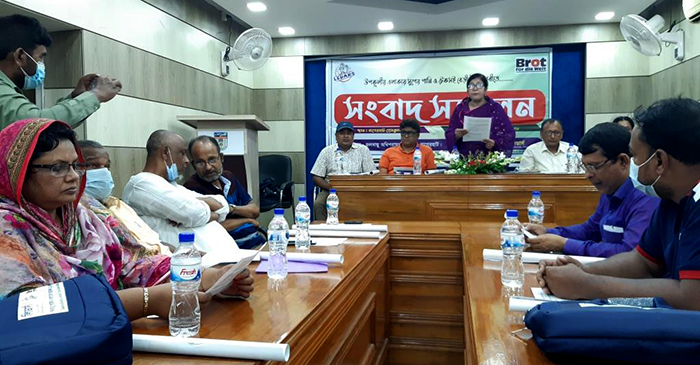 In the southwest coastal area, 5,700 km of embankments is weak among 17,000 km due to that salt water infiltrates in the coastal area by higher tides. In addition to that, more than 130 places in the southern part of Satkhira, Khulna and Bagerhat are at high risk, which is being flooded by slightly higher tides. Emphasizing the importance of this emerging climate crisis, the conference call on the coastal people to respond to the crisis and build a sustainable embankment.

Bangladesh has a lot to do to move forward towards sustainable development in tackling change or adapting to emerging crises. At the press conference they demanded 4 points. These include the construction of sustainable embankments, the creation of emergency funds for the maintenance of coastal Embankment, and the involvement of local governments in dam management. The use of funds allocated from the World Climate Fund to tackle climate change must be ensured to the maximum and compensation must be paid to those affected by climate change. 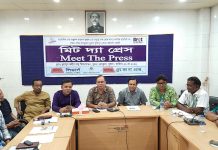 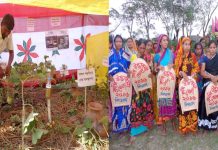 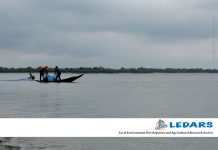 How Climate Change Is Making Refugees in Bangladesh