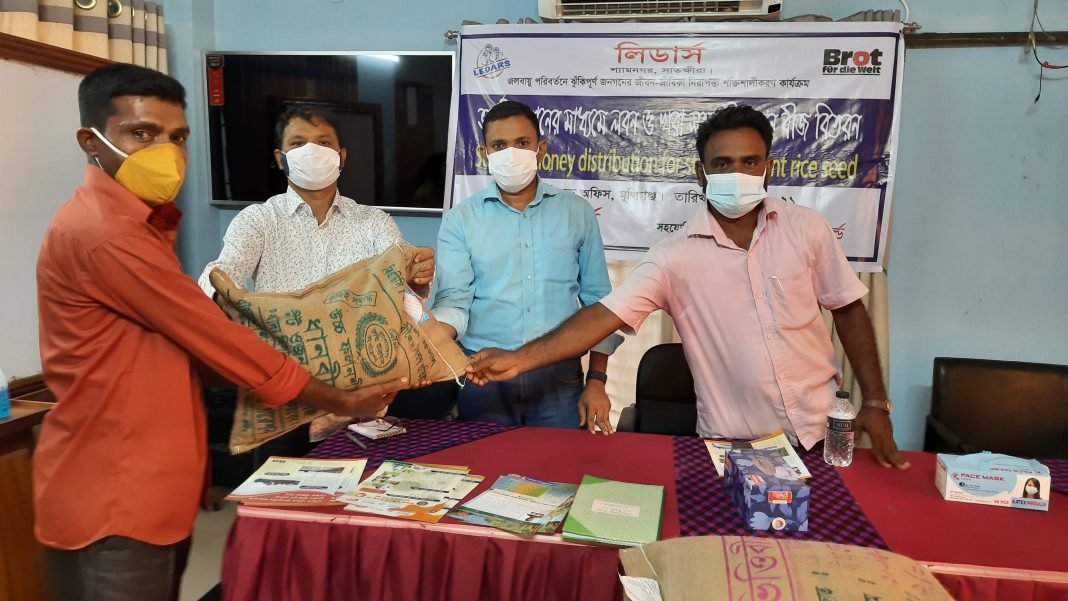 The food security of the southwest coastal people has been vulnerable due to high salinity in the cultivable land.   In order to address the food crisis of the poor people of southwest coastal area of Bangladesh, LEDARS, a development organization distributed salt and drought tolerant rice seeds to strengthen sustainable agricultural systems among the farmers in Aman season. The seeds were distributed under the financial support of Broad for the World. A total of 770 kg of paddy seeds (Brri-52 paddy-4700 kg, Brri-23 paddy-2910 kg and Bri-78 paddy-90 kg) have been distributed among 822 farmers in Shyamnagar and Asashuni under Satkhira district and Koira, sub-district under Khulna district. The distribution of rice seeds was officially inaugurated at 4 pm on June 26, 2021 at the office of the centre for coastal climate resilient in LEDARS. The event was presided over by Mohan Kumar Mandal, Executive Director of LEDARS. 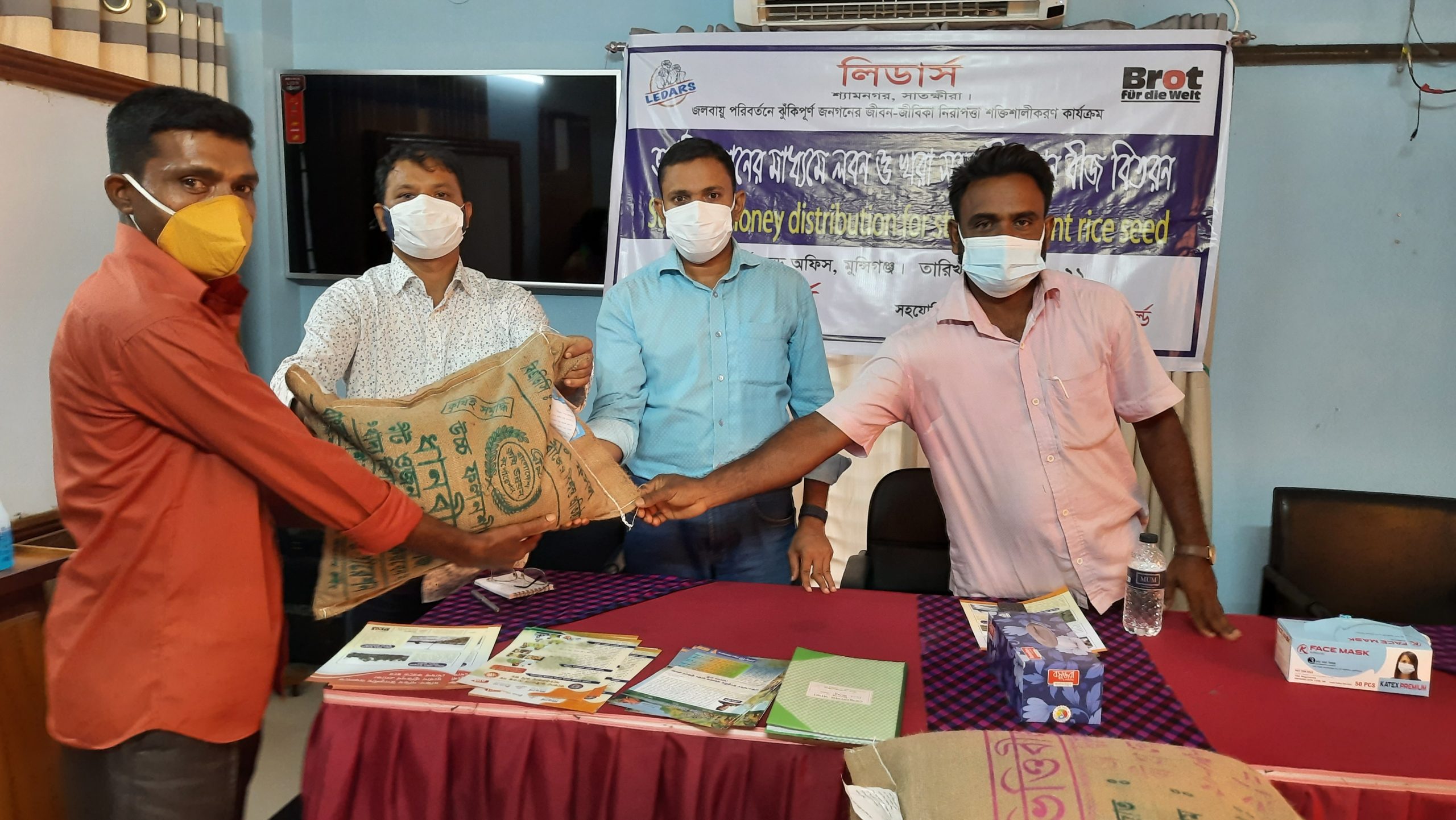 Mr. S.M Enamul Islam, Upazilla Agriculture Officer, Shyamnagar participated as the chief guest and Md. Jamal Hossain, Sub assistant Agriculture Officer participated as the specials guest at this distributing ceremony. While delivering his inauguration speech the chief guest said “if we produce seeds without buying it there will be no crisis in seed market and we will be self-sufficient to produce rice” The rice seeds were distributed by LEDARS for encouraging of the farmers to grow salt tolerant varieties in the south west coastal region. 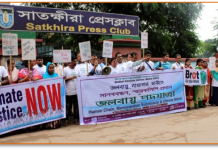 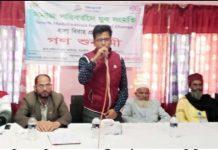 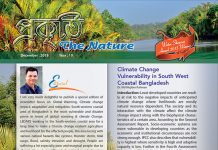 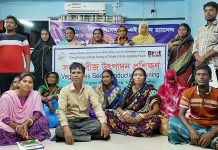