5 types of saline tolerant paddy seed like Bina-7&10, BR-23, BIRI-49, 52 and 54 were distributed by this program. 518 farmers from Munshigonj, Burigoalini, Gabura and Kashimary from Shyamnagar upazila and Dakkhin Bedkashi Union of Koyra Upazila has been received 7.5 ton of seeds for resilient agriculture. This seed has been distributed under Strengthening Livelihood Security of Climate Change Vulnerable People project funded by Bread for the World. The chief guest said to the beneficiaries that they had to cultivate seed by theirs trained way. The environmental condition is changing and that’s why we have to change our cultivating pattern in this changing environment. 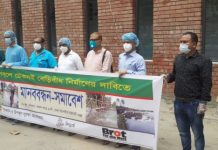 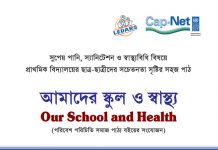 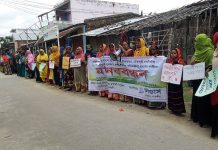 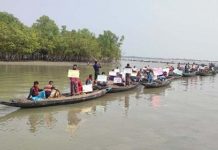