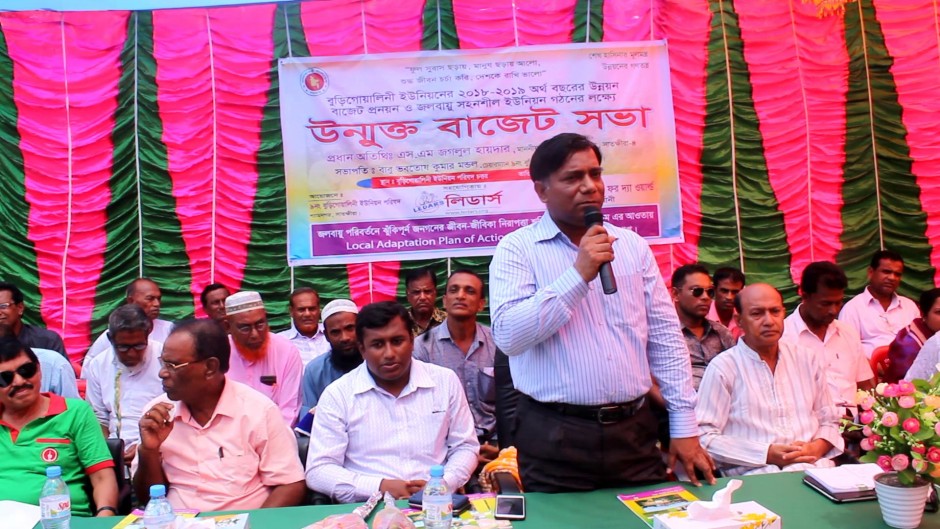 Yearly climate resilient development plan and open budget was declared at 28 and 29 May 2018 of 2018-19 fiscal year in 12 no Gabura and 09 no Burigoalini unions of Shyamnagar Upazila under Satkhira district with a view to establish climate resilient union. Chairman of Gabura union G.M Masudul Alam and chairman of Burigualini union Mr. Bhabatosh Kumar Mondal presided over the open budget meeting of their respective union. The budget was exceptional than previous year and LEDARS provided overall assistance to organize the activity through financial support of Bread for the World.

LEDARS have been working in the coastal area to reduce the risk of local people due to climate change since 2003. LEDARS believe in the long experience that it is very much important to include Union Parisad to implement all the climate adaptive development plan.

As the local government institution is elected directly by the people’s vote and it takes initiate of development plans and implement for the people directly. LEDARS is working with Union Parisad to develop and implement the yearly development plans to reduce the risk of local people due to climate change and disasters. There was a tactical agreement has been done with LEDARS, Upazila administration, Upazila Parisad and respective Union Parisad to implement the activities. The Climatic risks and solutions are identified through FGD, KII and discussion meeting with local people in each ward under the initiative. In this yearly action plan and budget some climate resilient activities were incorporated these are canal & ponds re-excavation for adaptive agriculture, pond excavation for pure drinking water, PSF establishment and old PSF repairing, repair  rain water reservoir, canal excavation and culvert establishment to fix water logging, raise embankment to prevent river erosion, take initiatives to establish forestry in char lands and conservation, allocate money for emergency assistance to suddenly affected disaster, rise the plinth of homestead and fields of institutions and repair  roads to rise high considering sea level rise. The allocation of climate resilient development is 37.5% of the total declared budget.
Mr. Md. Abdul Hannan, Additional District Commissioner (Revenue) Satkhira, Mr. Sujon Sarkar, Upazila Nirbahi Officer (Acting), Mr. S.M. Mohsin Ul Mulk, Upazila Chairman (Acting), Shyamnagar Upazila Parishad, Freedom fighter Master Nazrul Islam, Ashim Kumar Joarder, Former Chairman and Vice President of Bangladesh Awamileague, Shyamnagar , Mr. Animesh Haldar, Officer-in-Charge, river police station and other guests were present in the meeting. The guests express the thanks to Union Parisad to take this exceptional initiatives and they said that if this activities implemented, it could be reduce the risk of climate change and they committed to provide all kinds of co-operation to implement the activities. 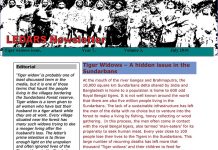 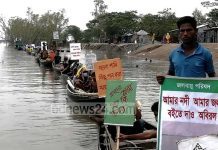 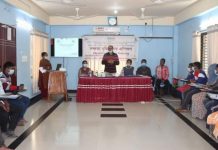 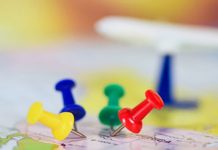