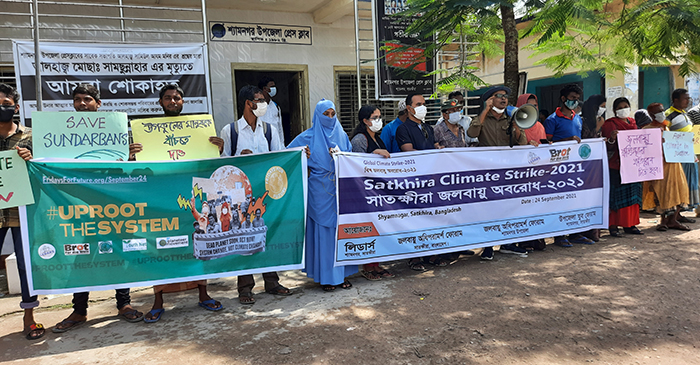 Various organizations have called for urgent action to protect the coastal region from the effects of climate change. In this demand, they have carried out Climate Strike program in different places of Khulna-Satkhira and Bagerhat districts on Friday, September 24, 2021. The program said, the negative effects of climate change are affecting all the development initiatives in the coastal region and the world. Developed countries are accelerating climate change by emitting greenhouse gases. Bangladesh is facing more losses without any role. Coastal areas in particular are at greater risk.

In response to the negative effects of climate change and the establishment of climate justice, Sweden’s schoolgirl, Greta Thunberg’s Fridays for the Future, the common people, youth and schoolchildren around the world are protesting through Rallies, Human Chain, Street Meeting and Assembly. In continuation of this, this Climate Strike program is conducted. 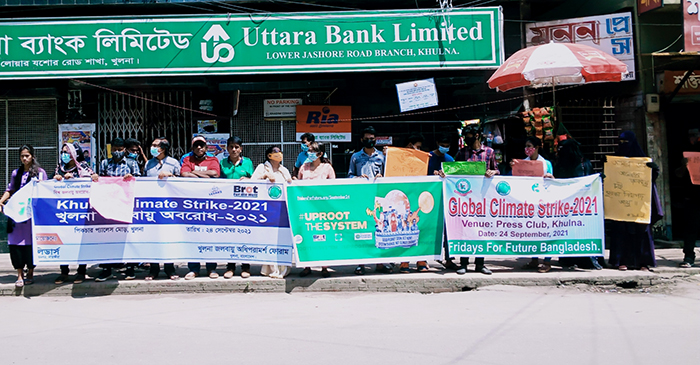 During the event, the speakers said, we live on the coast. Coastal livelihoods are being affected in many ways due to climate change. If we do not present the picture of this loss to the world, we will have to face a terrible danger in the future. So everyone has to declare solidarity with this movement. The government needs to identify the problems in the region and take immediate action to address them. 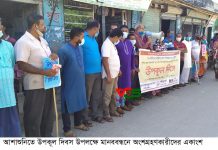 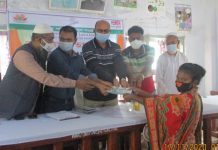 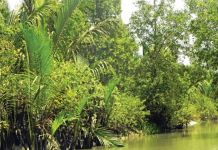